It doesn’t matter how sick you are, how lazy you are, how tired you are. When you have a dog, you have to get outside and give your little friend some exercise.

Yesterday, I was feeling pretty good. Pretty, pretty, pretty, pretty good. Groom was here, mostly because I was feeling so rotten Sunday after spending a glorious day at the Botanical Gardens, and I convinced him we should take dog for a walk. I know that sounds ridiculous–scheduling my day around taking the dog for a walk, but just a few days ago, I couldn’t walk to the end of the driveway without getting winded, so this was kind of a big deal. 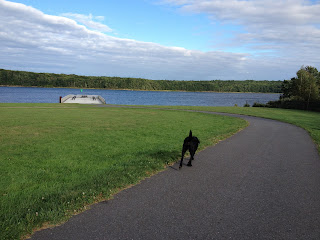 We ended up at the Bath Dog Park, which is right along the bank of the Kennebec River, just downriver from Bath Iron Works. It’s the nicest dog park I have ever used. I was thinking I might even start using this dog park on a regular basis–it has a little loop for a walk, a cool breeze from the water, a sweet little pier with benches in case you want to eat some lunch, and it’s close to town.

And then the dog park people started showing up.

One of them even greeted us like we were at a cocktail party. It was like we had crashed a playdate at a playground. (Oh, hello there, mixed metaphor.) It’s just so weirdly cliquey. I know cliques exist in the world, and since I hate cliques, I’d like to think I don’t belong to any cliques, but who am I kidding? Of course I belong to a clique or two or ten.

There are different types of cliques though. What I don’t like? I don’t like self-conscious cliques. The types of cliques that attract people who assume you want to be a part of their group so they sort of “welcome” you to their clique and invite you to their parties but then tell only private jokes. The thing is, I don’t want to be part of your clique. I’m sure you have fun, but I have my own groups of friends with my own private jokes. When you flaunt your private jokes at me, I just feel bored.

At any rate, that’s how I feel about dog park people. Nuts, again. I’m the snob, aren’t I? They’re just being sweet, aren’t they? But, they’re so overly sweet without actually being nice.

Now I feel terrible. Let me straighten this out a little. My feelings about cliques should not be confused with my feelings about people who are genuinely nice and who are trying to strike up a friendship. I love to make friends. It’s just that I’m a private person–well, that’s obviously not true. Let me rephrase: I’m a “leave me alone” person. My dad used to say, “I have many acquaintances, but few friends,” and I suspect I’m a lot like he was.

I imagine it’s like I run a big old, somewhat off-putting hotel. Anyone can come into the lobby of the hotel and some people rent a room. And, occasionally, you might see the back office at the hotel. But you don’t necessarily need to see my private residence. Of course, some people have permanent rooms where the linens are always fresh and they can come and go as they please without checking in at the front desk. And there are a few little houses out behind the hotel, like where Groom lives. But, for the most part? I prefer people to take their calls in the lobby while they gaze at old time-y pictures and admire the butter sculpture by the breakfast buffet.

Speaking of breakfast, let’s talk about food. I failed with a capital F yesterday. Groom went to pick up some milk for my coffee (because baby loves me that’s why) and came back with a breakfast sandwich with ham. Most days lately, I eat oatmeal for breakfast and then I have a light lunch, like a tomato salad or some hummus, and then maybe soup for supper. That’s partially because I’ve lost my appetite some and that’s partially because I’m trying to cut back on the calories since I’m not getting any exercise right now.

My sister told me something as I was lamenting my inability to do anything without getting winded and how I really need to watch what I eat. She’s a union organizer (Go Norma Rae! It’s because of people like her that we have Labor Day Weekend and 40-hour work weeks and…well…weekends in general, really) and she’s been in labor contract negotiations all summer. My sister is a daily runner. She has legs…jesus she has legs. But, even though she exercises, this summer she gained 13 pounds, she says, because as they were negotiating this labor contract, they would eat cake. Every single day. And, because she loves cake, she would eat two slices of cake. Every single day. I love her so much.

The point of her story was that you need to exercise and watch what you eat–you can’t have your cake and eat it too, as it were. But, ignore the calorie and fat intake for just a second here and bear with me. My sister, while negotiating a labor contract to get better hours, better health coverage, and better working conditions for workers, would eat cake. I wonder how much her head weighs because I think a guillotine could probably take care of that extra 13 pounds, Marie Antoinette.

I digress. Yesterday, I ate like a king who lives off the hard work of others. A breakfast sandwich then some toast then some oatmeal for lunch then a chocolate chip Clif Bar, which is really just a glorified cookie, and then…then… 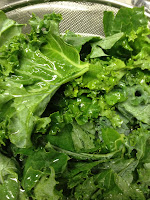 Ravioli with kale from Parnell’s garden and sausage made by the butcher at Brackett’s Market and tomatoes from Sara and Nate’s garden and sage from our garden and garlic from Swango Farm (I think) and some hard cheese from I assume Hahn’s End but I’m not really sure because it was in the bottom of the cheese bin. But, if you ever have an opportunity to try Hahn’s End City of Ships cheddar, seize it. Trust me. 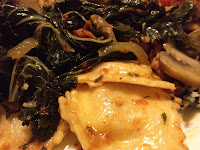 But that’s not all. THEN, and this was something I tried to resist and couldn’t, I had a slice of raspberry apple pie from Valley View Orchard Pies in Hebron (their crusts are so EFFING good) with a dollop of vanilla bean gelato from Gelato Fiasco in Brunswick (well, I picked it up at Brackett’s but their flagship store is in Brunswick). I thought I might burst, but instead I just went to bed.